What an amazing weekend that was!

Our campsite was rain proof; which came in handy on Friday. We spent Saturday and Sunday facilitating suspensions and then packed up and got everyone home Sunday night to recover.

A huge thank you to everyone who came out and helped with setup and tear down for the event! Everyone coming together to help out made things run incredibly smoothly.

We’re already super excited for next year’s event! You can RSVP anytime by emailing bookings@therisehookdivision.com

Come spend a weekend with us camping, hanging out at the lake and taking on suspensions in one of the most beautiful places in the world… Whistler, BC!

Family-friendly! There is a fee for those who want to suspend, but the camping is at no cost.

This event dedicated to the memory of Tai Jellison <3

Tonight has been dubbed “Surprise Suspension Night in Winnipeg”!

Email bookings@therisehookdivision.com to get in on it!

Surprise suspension night tonight in Thunder Bay! Email bookings@therisehookdivision.com to get in on it!

Surprise suspension day added to the roster in Ottawa!

Tatiana and I met in Calgary years ago during one of my guest visits at Human Kanvas Tattoo. We talked suspension, piercing and the body art industry in general. Little did we know that this would lead us into a solid friendship that would last for years to come.

I took on a mentor role for her whenever she needed my help or input. In 2015 she teamed up with me and was an integral part of me achieving my most recent Guinness World Record.

Time passed and she eventually decided that she wanted to move to Vancouver to continue her progression as a piercing artist.

I took Tai into my home to help her get on her feet in July of 2016. We spent a lot of time together that summer. She came to the first Whistler Suspension Camping Retreat with The RISE Suspension Crew and we all had a blast together sharing our experiences and an overall amazing weekend with one another. That was such an amazing mixup of people. I’ll never forget that weekend.

Soon after we returned to Vancouver from the Whistler retreat I helped move her into her own apartment in East Van and connected her with a job piercing at my old stomping ground The FALL Tattooing & Artist’s Gallery. Soon after that she began her journey into cosmetic tattooing and finding her comfortable place in this city. She bounced between a few different studios until she found herself happiness with my friends at West Coast Piercing in Surrey.

Tai was always very positive and wonderful to be around; even when faced with challenges. This really hurts and I’m going to miss her a lot.

I never did get to posting the photos from the retreat that year. I think now is a good time.

She took on a difficult suspension and made it look easy. I’m honoured to have been a part of it.

This is for you, Tai. 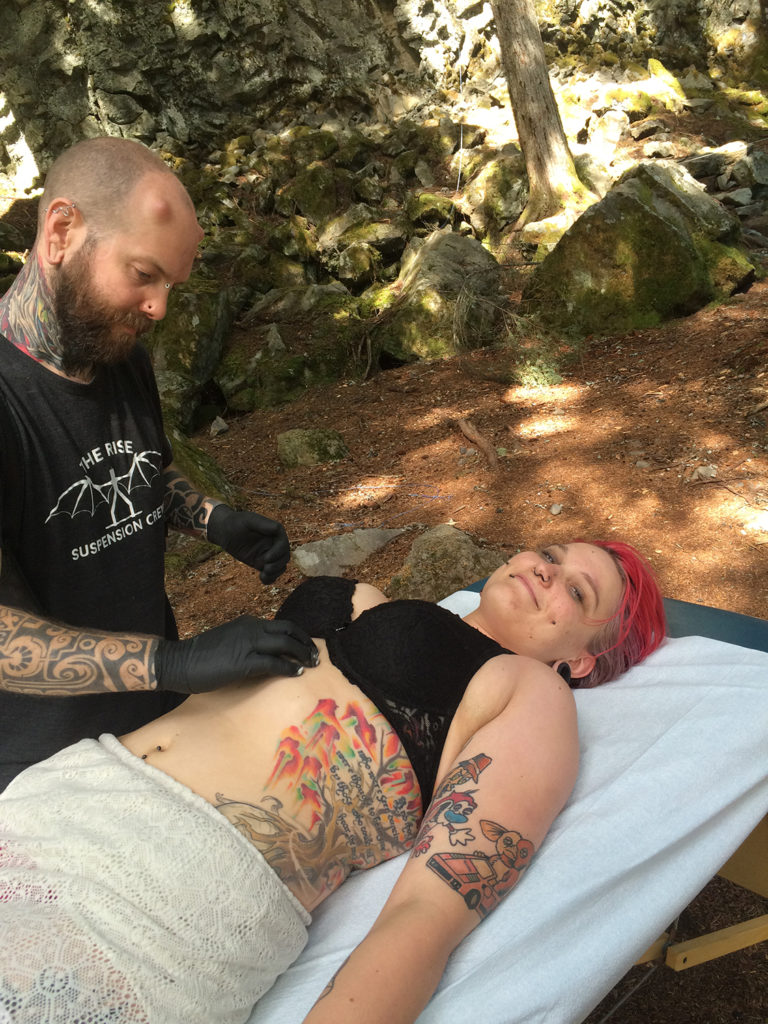 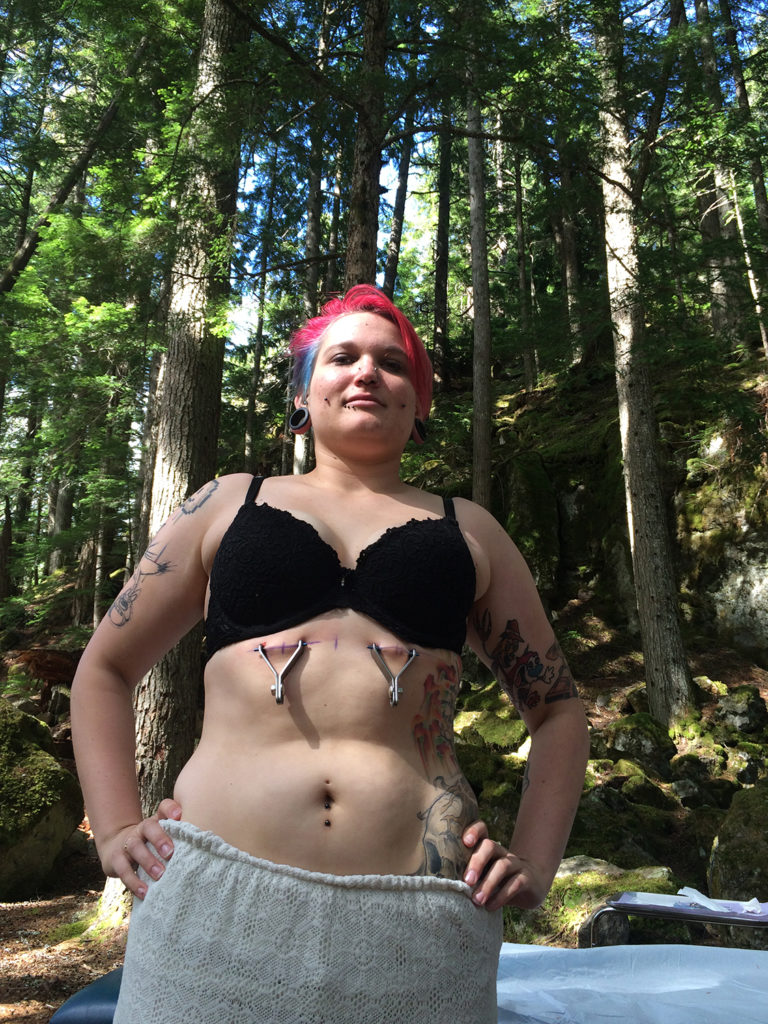 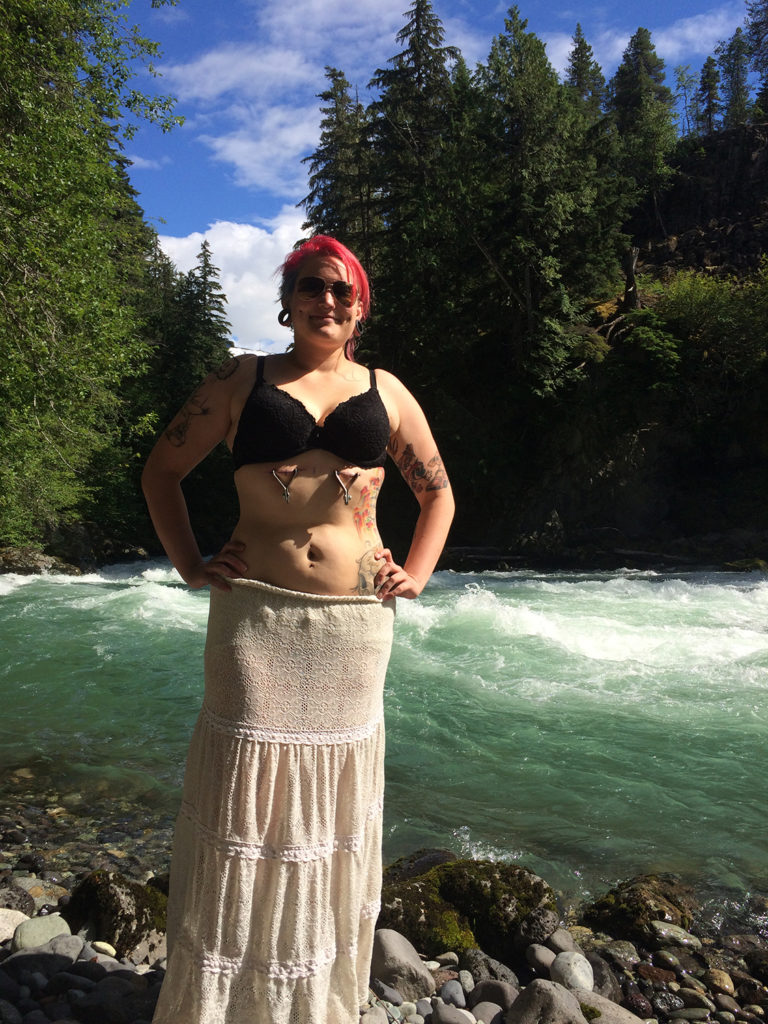 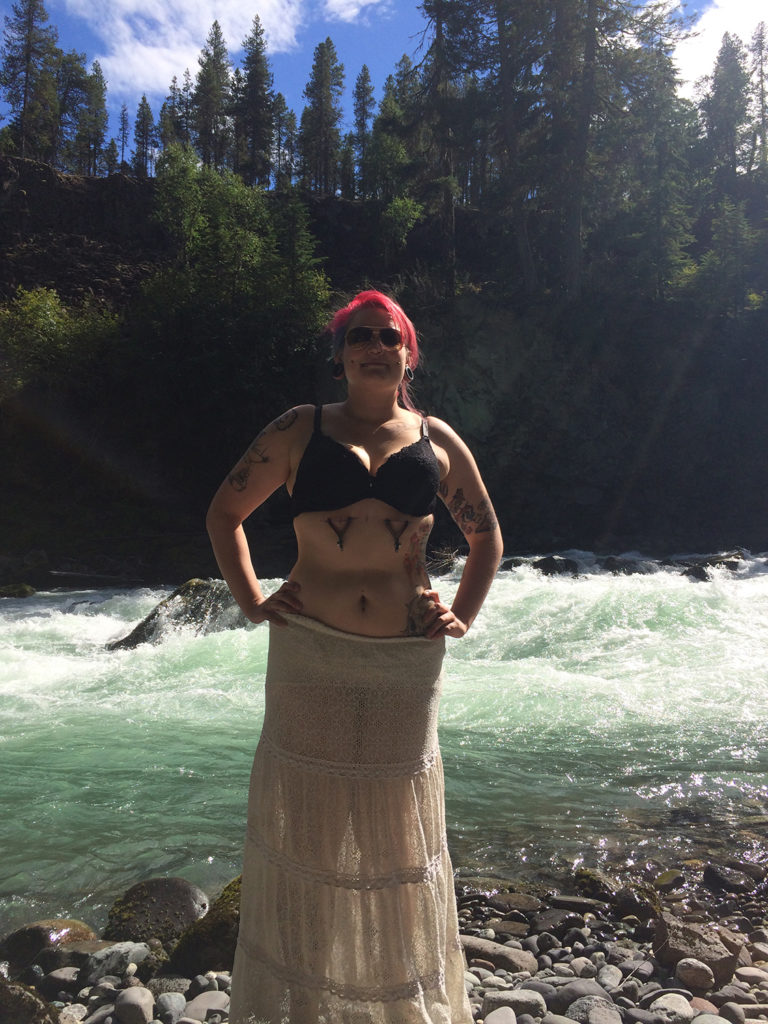 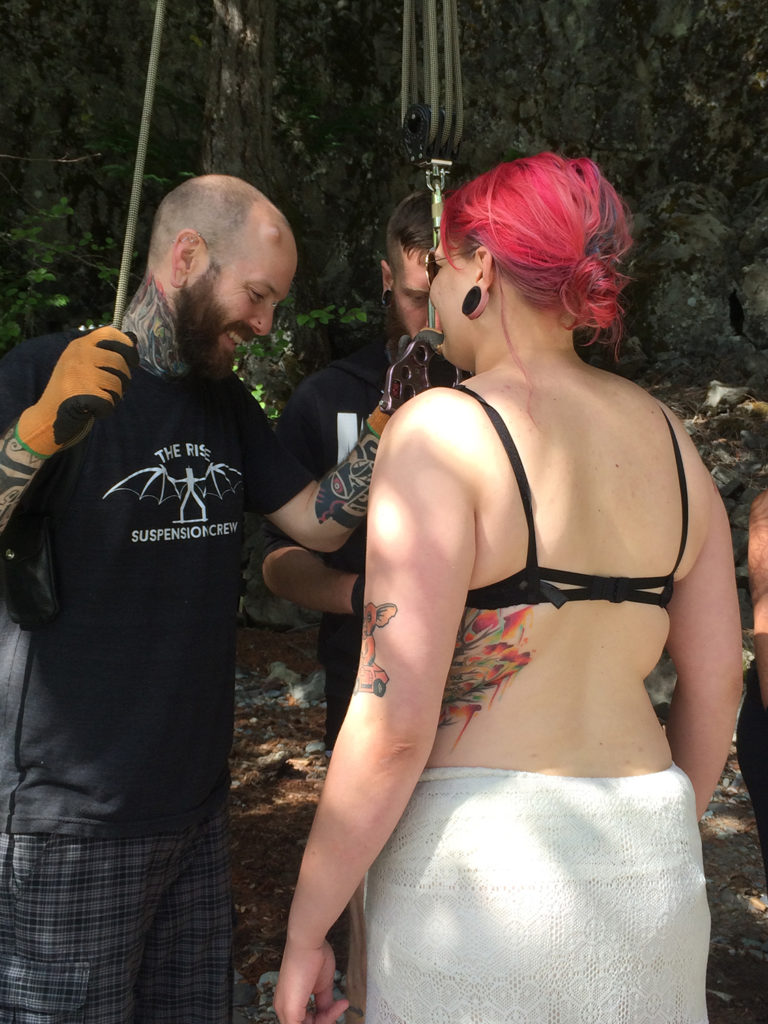 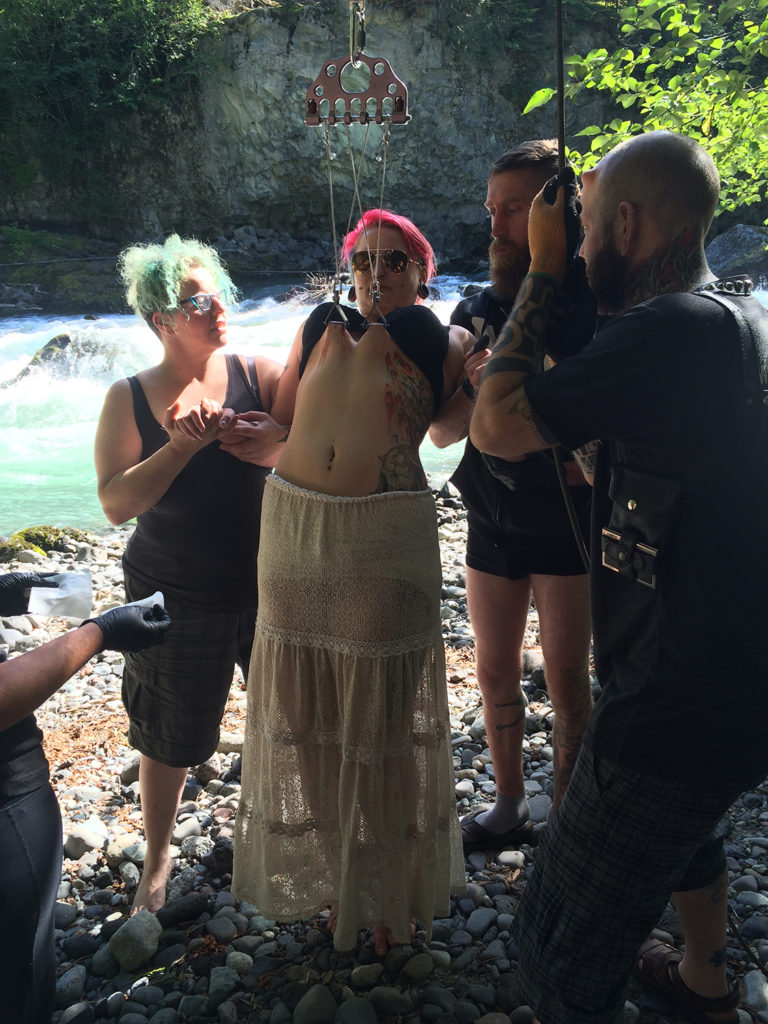 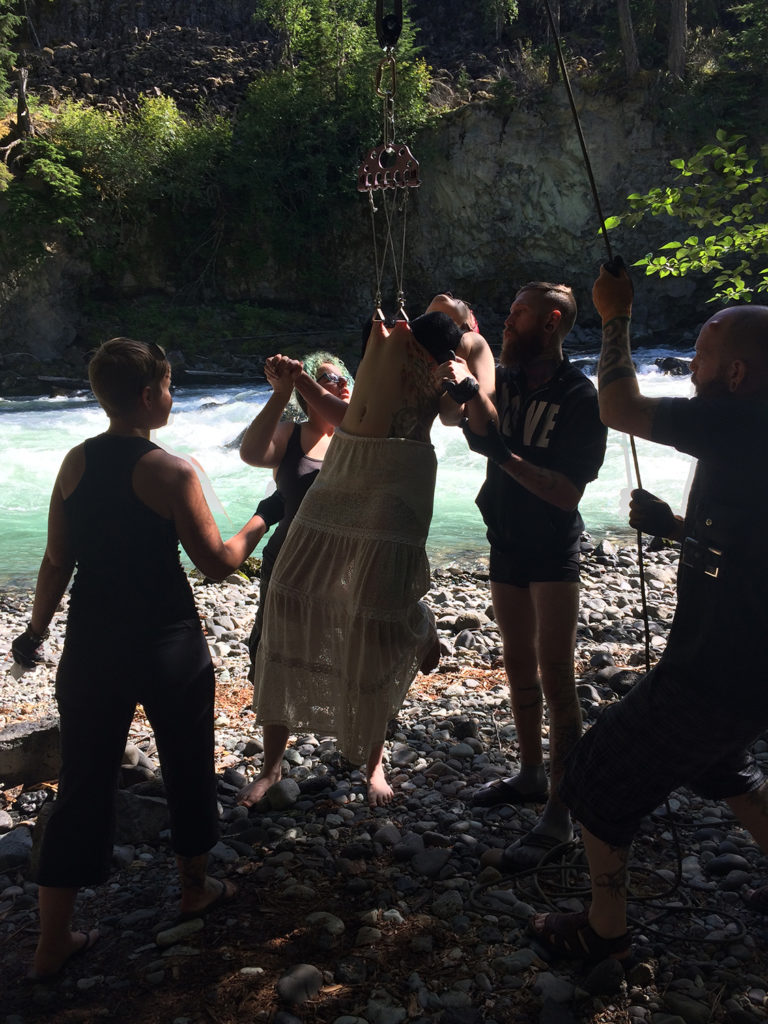 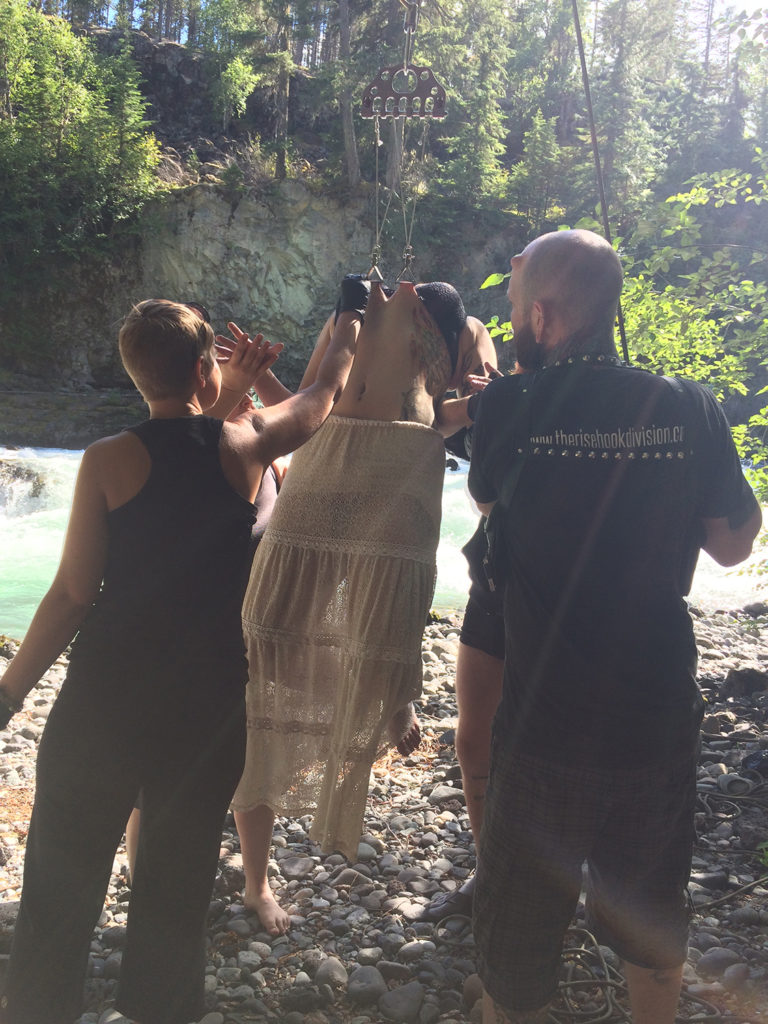 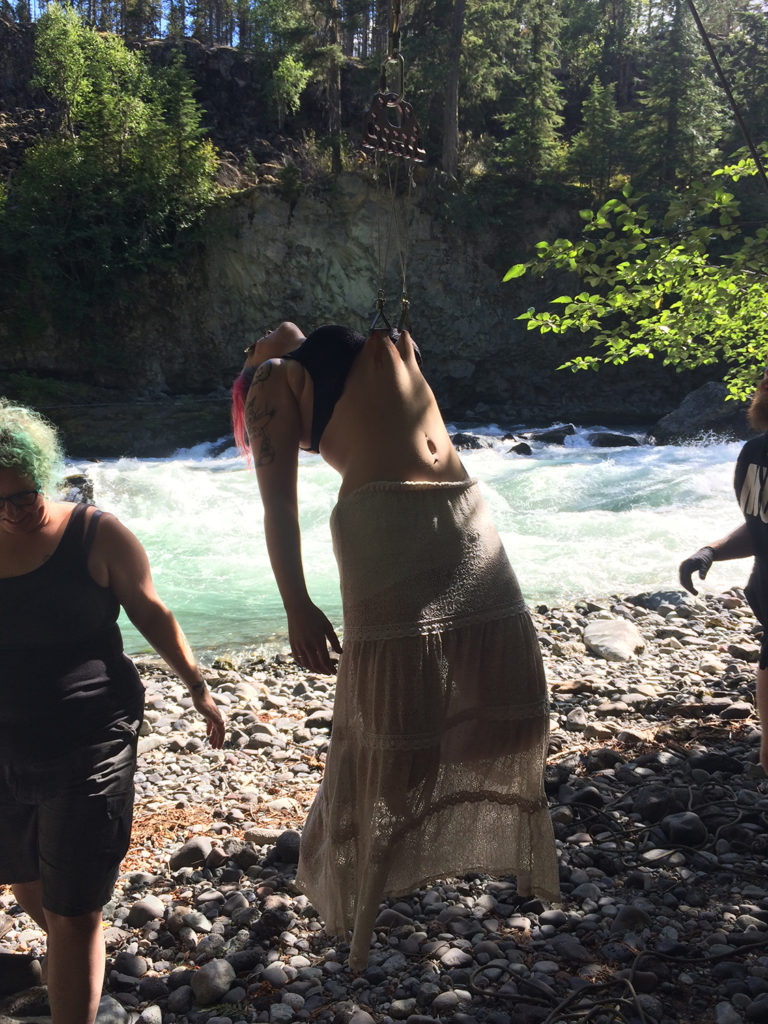 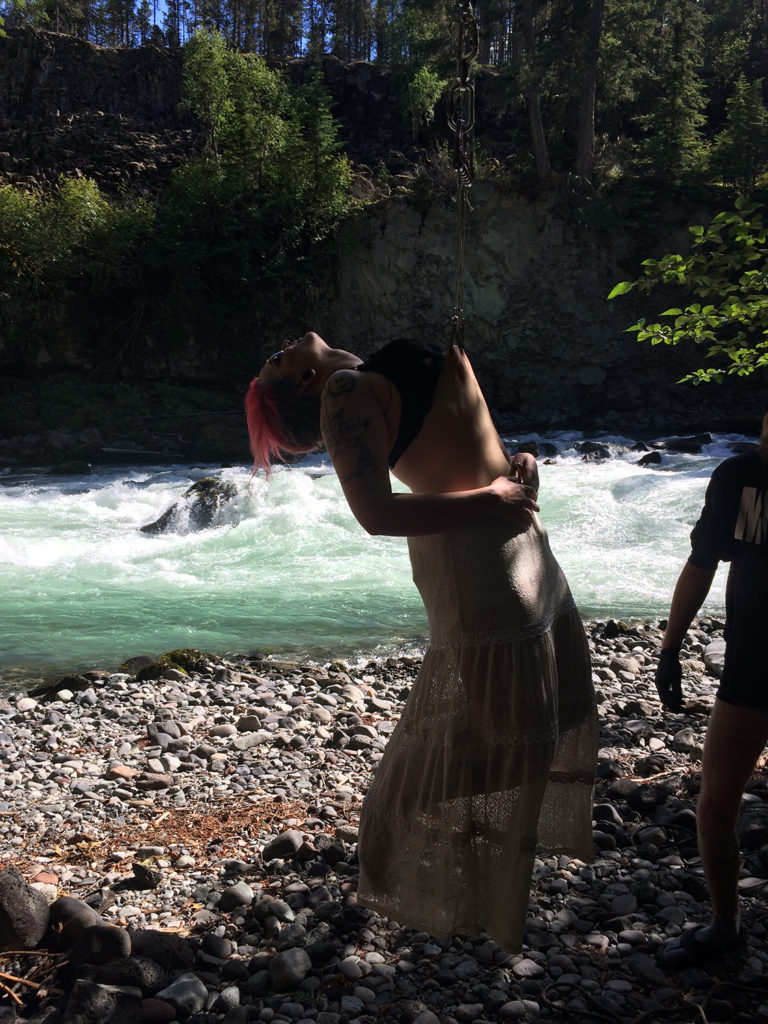 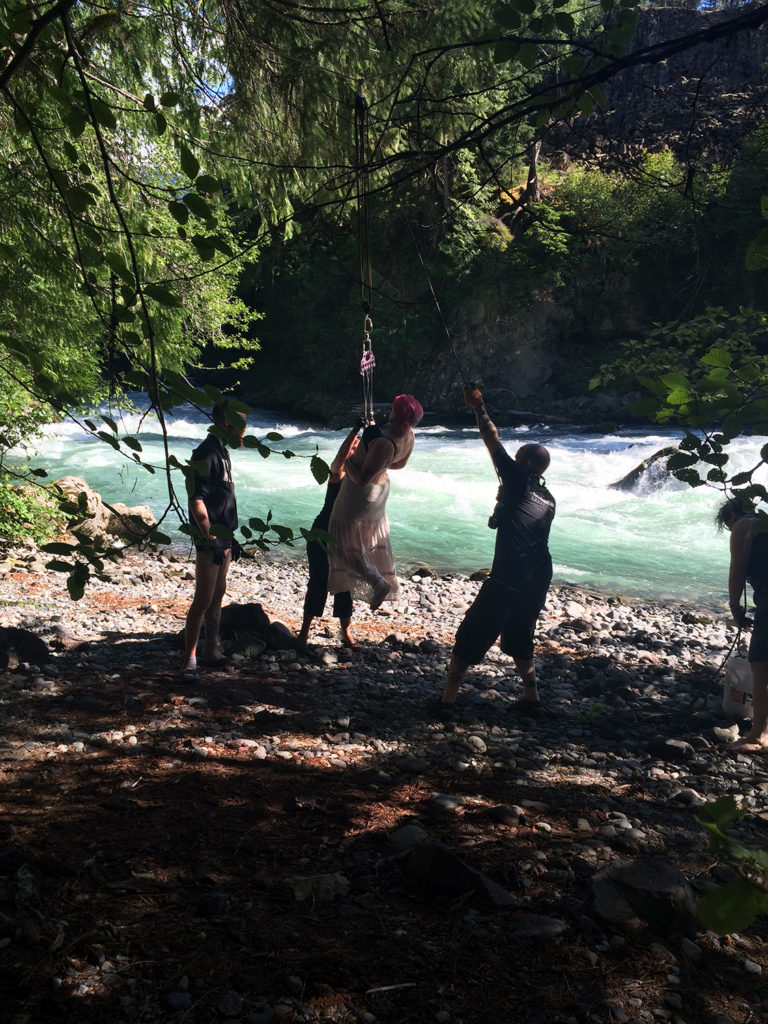 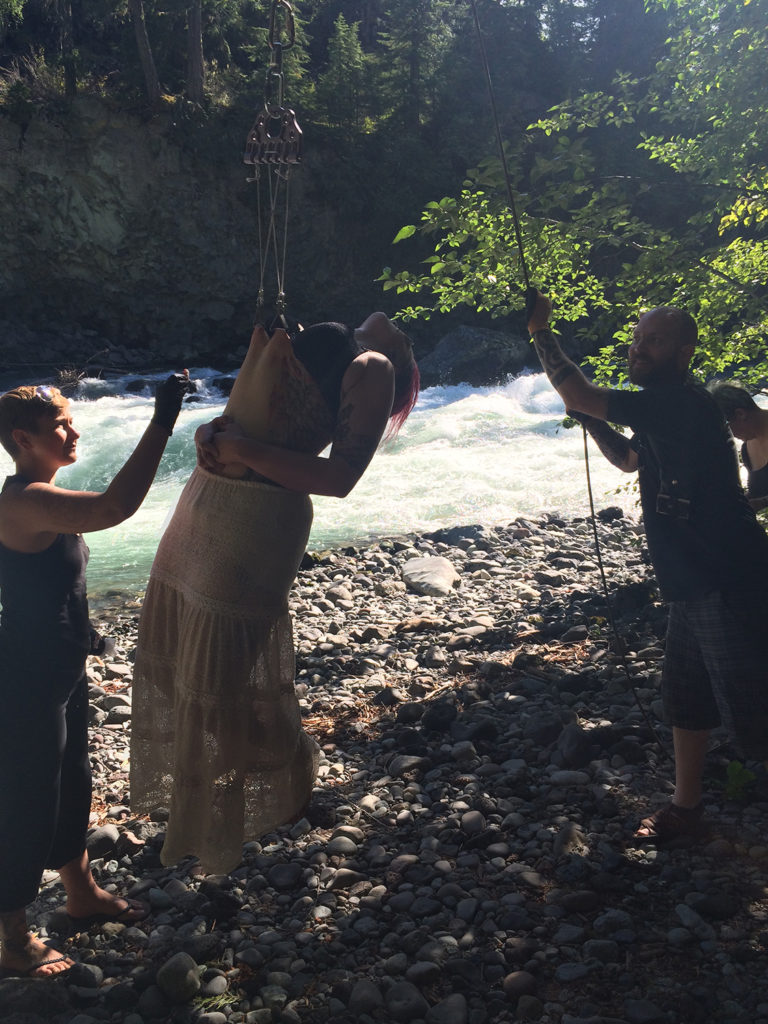 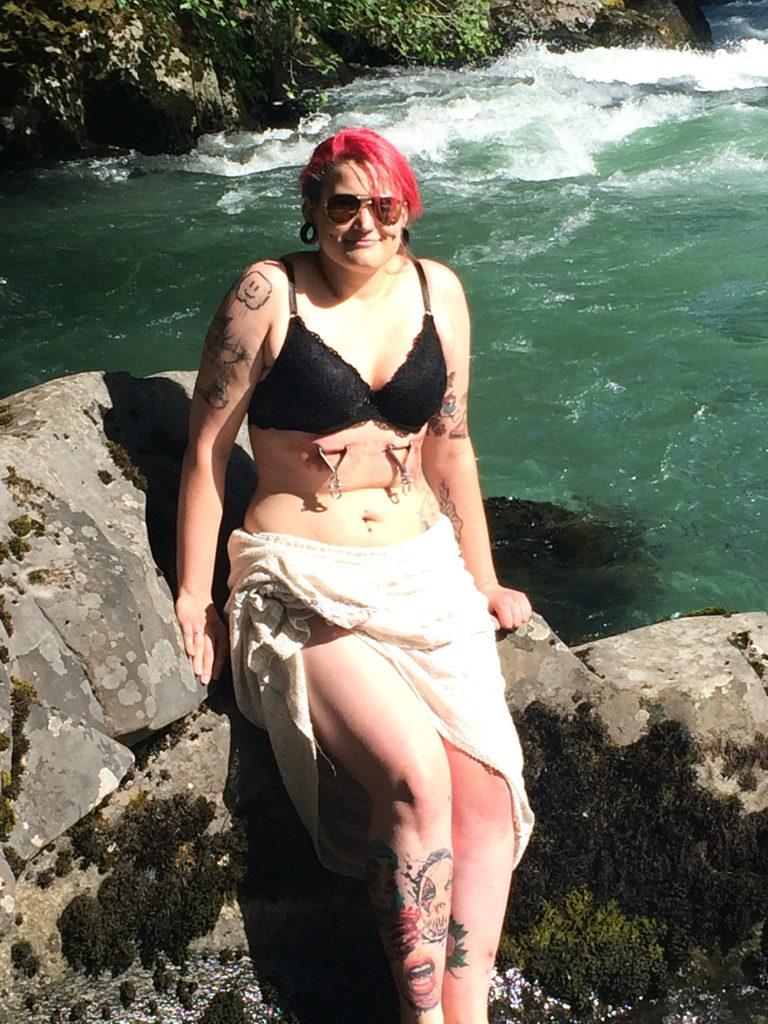 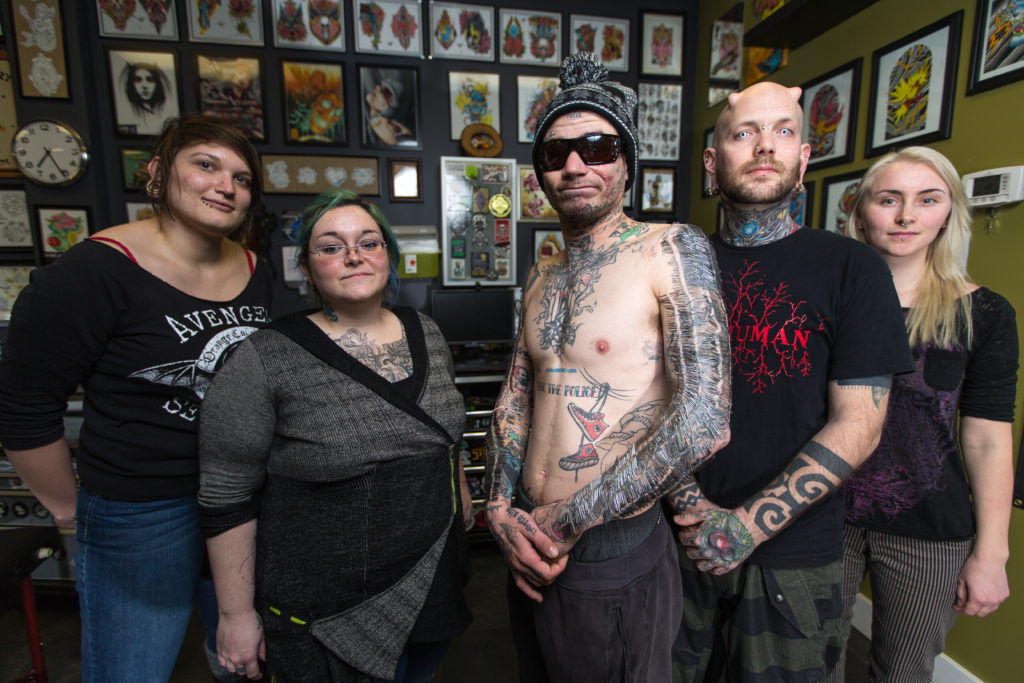 Shooting for the West of Hell – Machine music video is now complete! What a crazy fun weekend!

Big thanks to Jesika & Marc for keeping me in one piece and to Lorde Heathen
& crew for making everything look so insanely badass!

Keep your ears to the ground for WOH’s new album dropping soon! 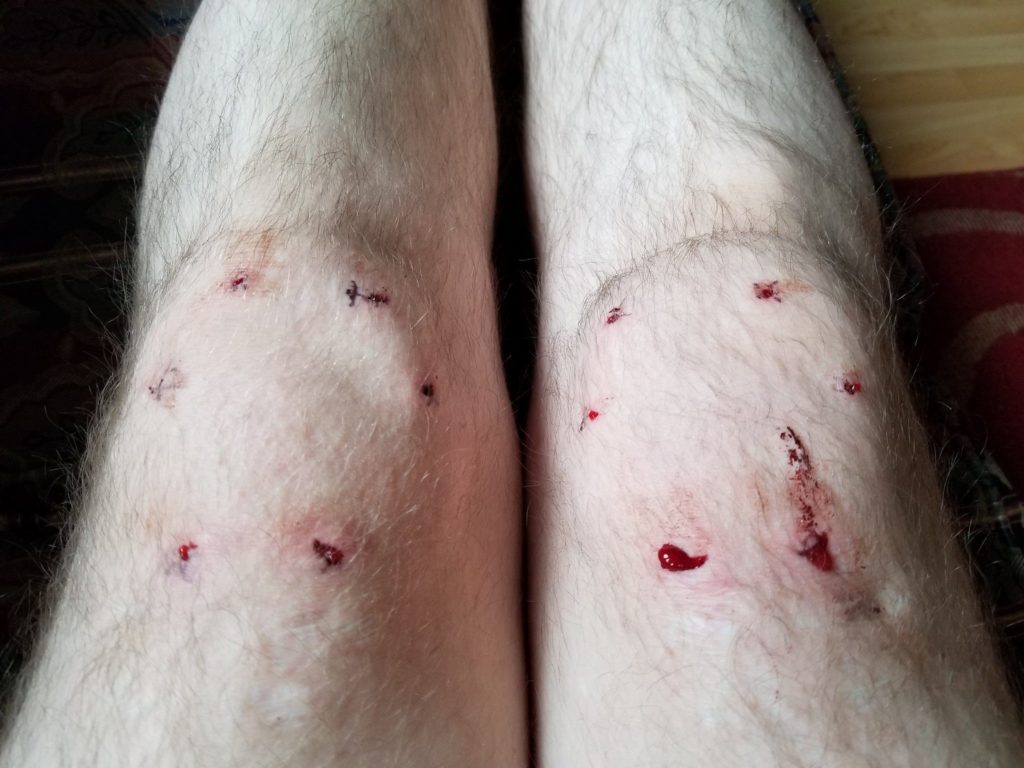 Here’s a BTS shot from Elle’s NYE suspension shoot with Vasho Photography! Finals will be posted upon release!

What a great way to spend a December morning in Vancouver! Marc came out and killed a single point chest suspension over at Trout Lake!